The kitsch post cards were not popular for very long. For many occasions such as Easter, Christmas, Nex Year, birthday or confirmation there were countless cards. The subjects were mostly very romantic, and the cards were partially hand colored afterwards. Some cards were decorated with glitter, others with dried flowers or even embroidered with thread.

The texts on the rear are very interesting and they give us an insight into what concerned people at that time. For example they sent these cards from work to their families or loved ones, because they couldn’t travel home every weekend. The card was perhaps in transit for days. The writing culture did not vary much from today's. We write an SMS, MMS or email and also limit ourselves to short and simple sentences.

A series consisted mostly of 6 (5, 9 or 12, see gallery) cards which were often sent in succession. Unfortunately, many series are not complete. Almost always the same scene was photographed from different angles. The cards from one series were also colored differenty.The themes are mostly of departure, longing, joy or sorrow. 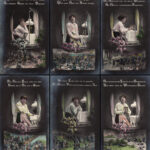 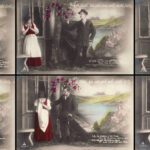 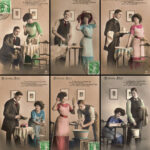 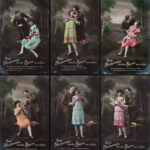 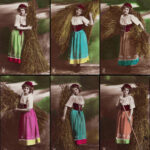 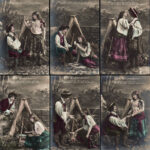 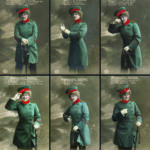 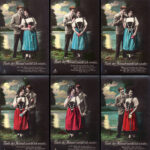 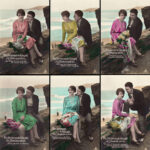 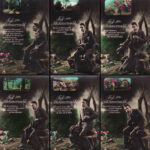 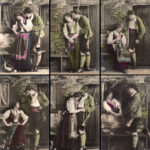 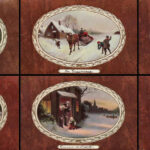 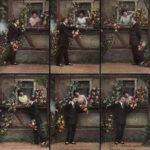 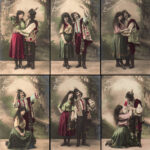 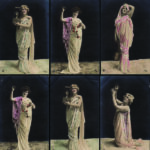 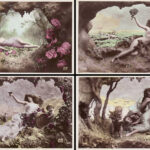 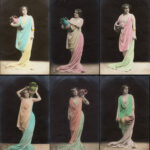